A museum-quality famous English  percussion revolver in its case with a full set of original accoutrements.

The Tranter revolver is a double-action cap and ball (percussion) revolver invented around 1856 by English firearms designer William Tranter (pictured below). The original Tranter’s operated with a special dual-trigger mechanism (one to rotate the cylinder and cock the gun, a second to fire it)

The revolvers in .36 and .44 calibre were popular with  Confederate troops during the American Civil War and thousands of them were shipped from Birmingham, England to New Orleans under contract to the Griswold Company.

Our is a Second Model (dual trigger) Tranter revolver which was manufactured in the late 1850’s and is stamped “W Tranter’s Patent” to the extracter and trigger set, with black powder Birmingham proofs to cylinder. It is a five-shot model in .34 calibre (Tranter produced his revolvers in six different calibres) with  hexagonal barrel and fine factory-engraved embellishments to frame, trigger guard and barrel.

It retains 99% blue to the frame and barrel with finely chequered English walnut grips and blued and engraved butt cap.

The entire set presents beautifully and as a significant name in English gunmaking, has a very deserved place in the collector’s portfolio. 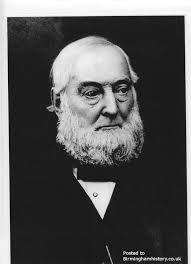 Enquire About This Piece